There are a lot of quality artists that have submitted work to this show. Each piece measures 6x6".
If you are in the area it would be a great reception to attend.
Here is the invitation. I am real happy to have one of my paintings included on it. 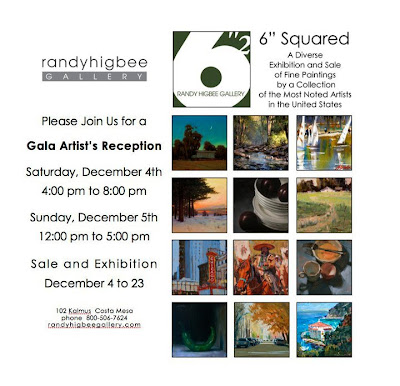 I have 6 works included, but only 4 will be shown at the reception and for judging. The other two are replacements if works are sold. All of them are for sale.
I've included pictures two of them with the frame as well so you can see how nice the float mount frames look. None of the image is covered up with this type of frame which is nice on such a small scale where every brushstroke right out to the edge is important. 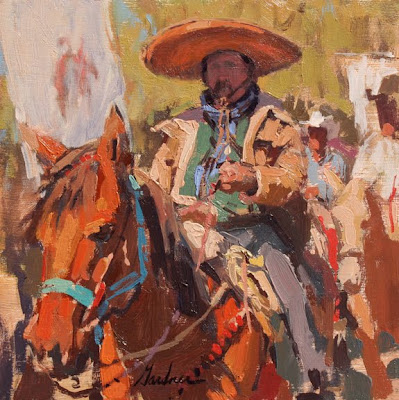 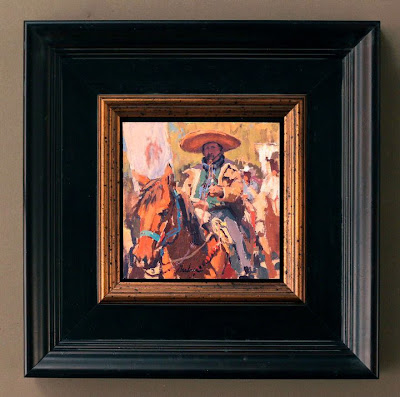 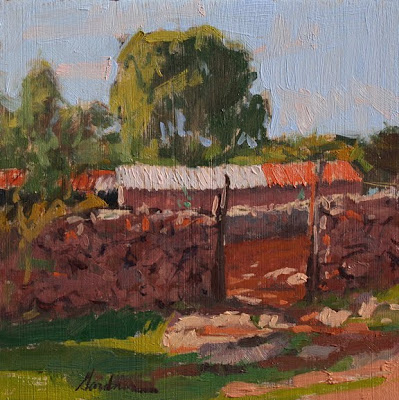 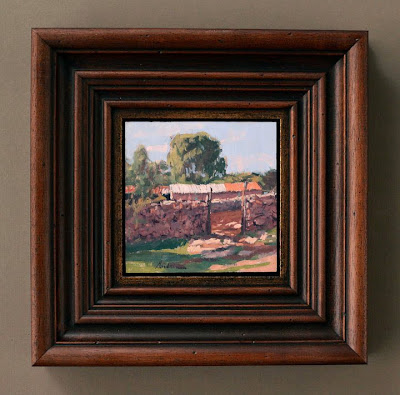 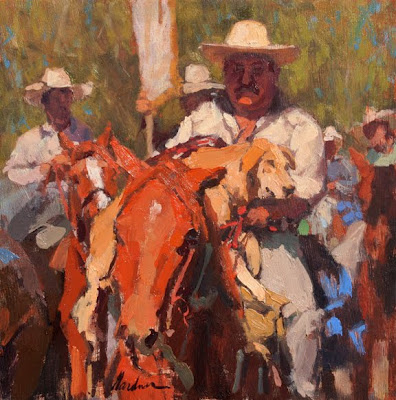 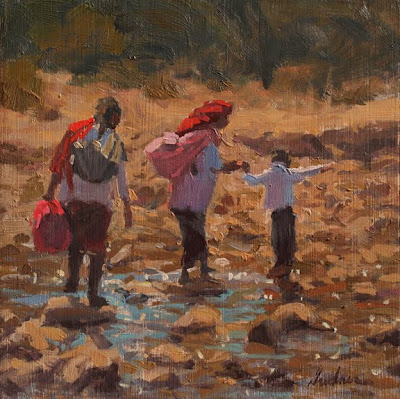 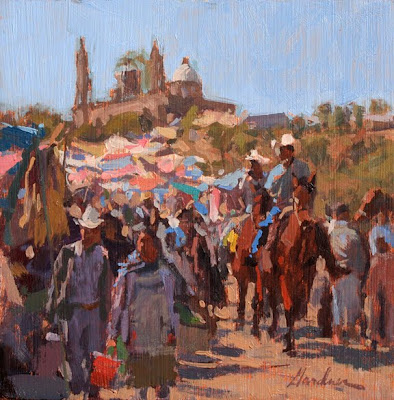 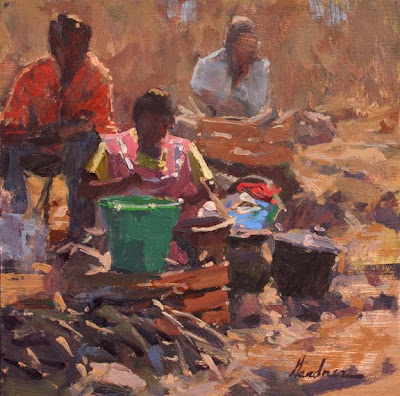 "No Hurry" at M Gallery in Chareston

This is another of my favorite paintings at my one person show currently on display at M Gallery in Charleston.
It's based on one of my 5x7 mini paintings from the Bicentennial Collection called "Evening Light".
I was able to take it so much further on the larger scale.
The painting has a beautiful dark frame on it and is still available. 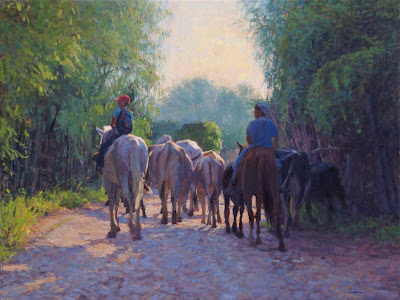 Riding into the evening light, these two boys lead the family's cows home at the end of a day of grazing in the fields. The trees and vines along the fence on the right block the sun. The feeling of coming out of the shadow as they round the corner into the bright sunlight is what I was trying to capture in this painting. The closeness of the animals on the narrow road group them together into one mass of shadow while the legs against the sun on the road and a few highlights on their backs define them just enough. 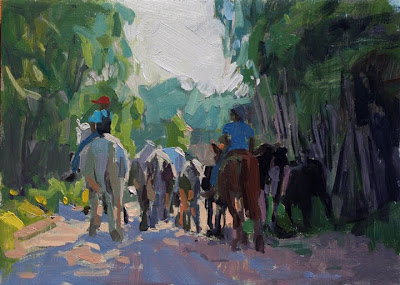 Taking one more piece up with me for my solo show at M Gallery in Charleston. 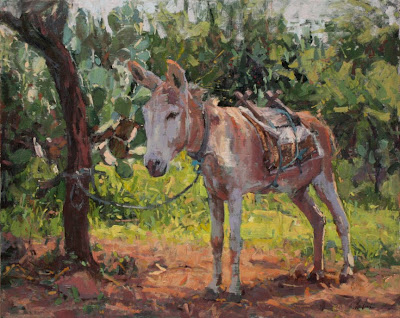