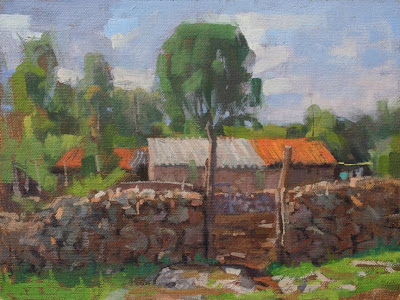 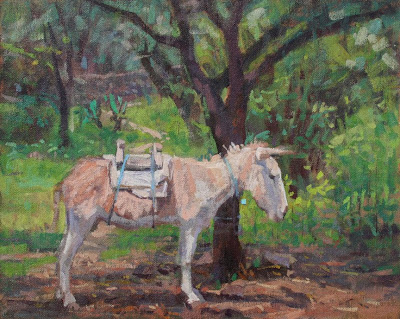 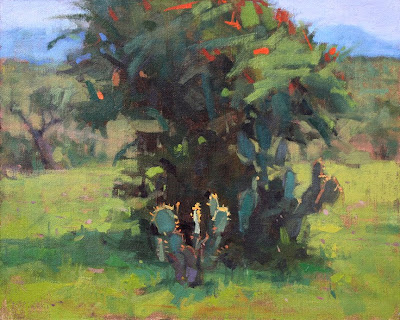 The light hitting the cactus spines really attracted me to paint "Nopal and Tree".
Posted by Frank Gardner at Monday, August 31, 2009 19 comments:

I've been a little slow about getting paintings posted here. Thanks for sticking with me. It will probably be a week or so before I get another blog post up.

I'm going to be doing some painting with Scott Tallman Powers. We'll be painting in some very small villages around San Miguel for the next week. I'm sure it will be a lot of fun.

Here is another painting from about a week ago.I used a two different photos of this girl on her burro for reference and changed things around a bit to get the design I wanted.
I'm real happy with the way it came out. 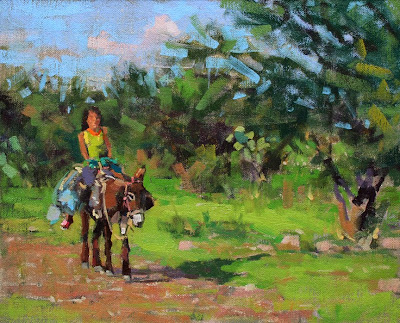 Here is a recent painting. I like the look of this one with all the reds, oranges and yellows.
There are a few detail shots below so you can see the paint marks better. I hate putting up a large file of the whole painting, sorry. You'll need to come by the gallery to see it in person. 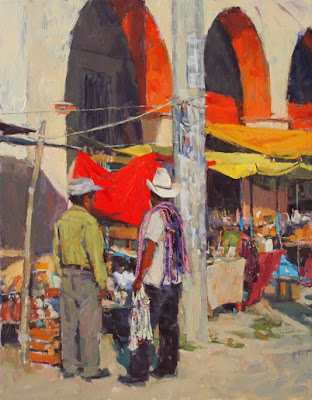 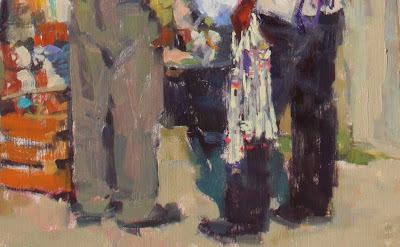 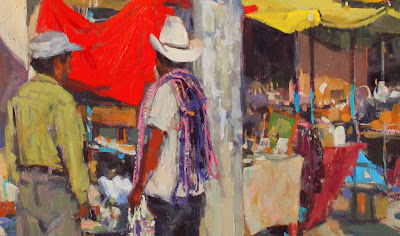