Yesterday I went out to Sol Dorado to paint an old mesquite tree that my friend Mario had pointed out to me. He thinks it is about 300 years old and it looks every bit of that with all the twists, turns, burls, cracks and stubs where branches have broken or been cut off. Every inch of this old tree has a story to tell about its life.
This painting is 18x24" done mostly on the spot. I stopped after about 2 hrs because the light had changed so much on the branches. Then, back in the studio I worked on it for another couple of hours making a few adjustments and giving it a bit more "finish".
I took some step by step shots along the way. Here I will show them without commentary so you can just scroll down and see the process with one image next to the other for comparison. I'll work up some ideas on my thoughts as I was painting this and then re post the whole thing separately later on.
My apologies for the few sun spots that are in the first couple of pictures. I just snapped away quickly as I painted. My mind was on the painting aspect, not making professional looking photos.
There are 8 painting steps shown. The sixth is how it looked when I packed up. The eighth is how it looks now. I still may go back into it and make a few adjustments. For now I am just letting it sit while I think about it.
Below is the scene, and then then the step by step for "The Old Mesquite" 18x24 oil, Frank Gardner © 2010 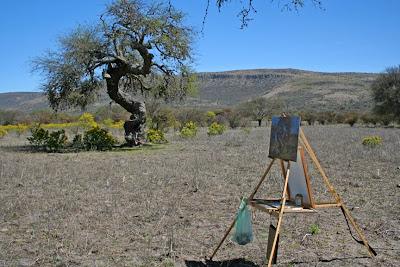 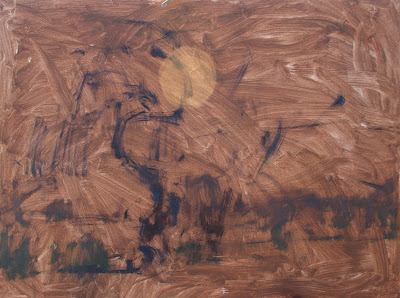 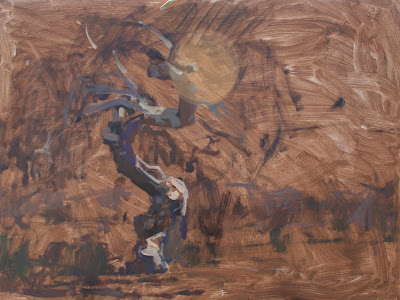 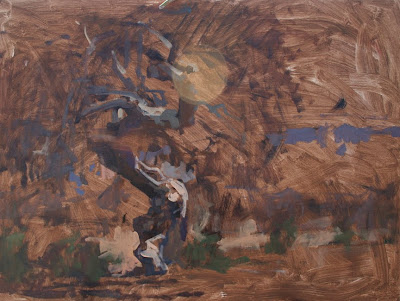 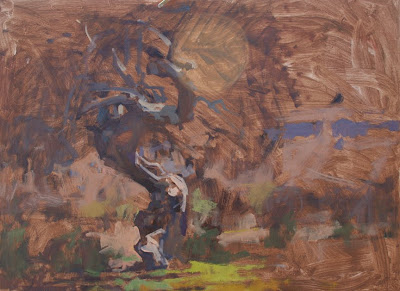 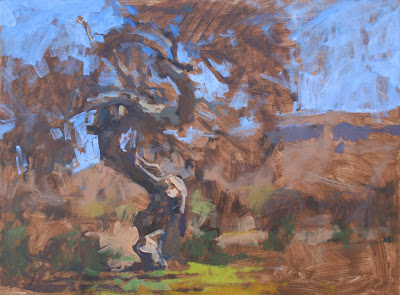 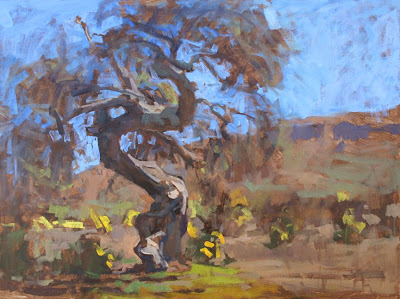 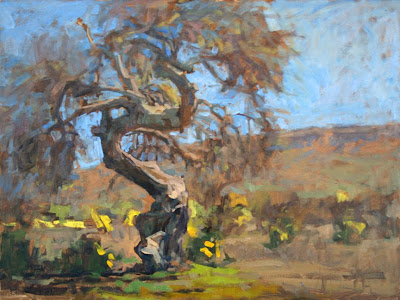 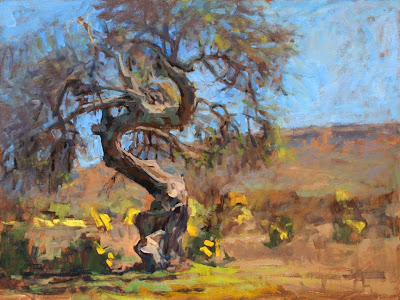