There is a great 8 page article in the February issue of American Art Collector about our painting trip to Port Clyde and Monhegan Island. It is chock full of paintings and photos from the trip. They included a bunch of the shots that I took of the guys painting, but I pop up in a few of them too. 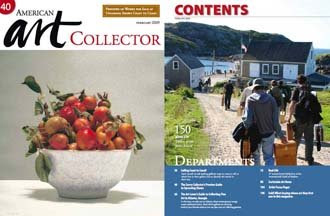 This photo on the contents page is one I took of the group heading down to the ferry leaving Monhegan.

I think the Feb. issue of American Art Collector is on the stands now. You can also read a PDF of the AAC article on the Addison Art Gallery web site.

Addison Art Gallery in Orleans, Ma., will be hosting a show of our work "Paintapalooza", from Feb. 13th through March 22nd.
There is an opening reception on Saturday Feb. 14th.

There is also a show "Plein Air Painters", up right now through March 22nd at The Cape Cod Museum of Art in Dennis. There is one painting from each of the guys on the trip. There will be a reception for that show on Feb. 13th, the night before the Addison opening.
Posted by Frank Gardner at Friday, January 23, 2009 42 comments:

I want to extend my sincere thanks again to everyone for the significant outpouring of support that I received in my last post about the passing of my Mom. I know that she is pleased that there are so many comments.
Knowing that there is so much love, prayers and virtual hugs out there has really meant a lot to me.


Andrew Wyeth passed away last week.
His art has influenced many of us in one way or another along our paths as artists.
The Wyeths were subject of many late night discussions on our recent painting trip to Maine.
Andrew and his family have homes in the area of Maine where we were painting. It seemed that each of the artists present had their favorite Wyeth and many of them are influenced to some extent by their work. 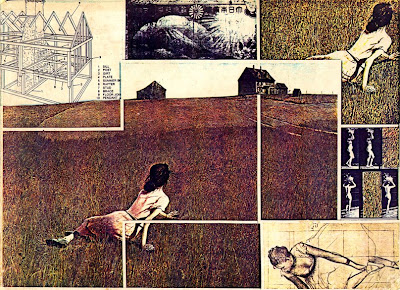 
I dug out this old piece of mine from my RISD days. This was a freshman foundation project that I did in '82. and it is influenced by the Andrew Wyeth painting "Christina's World".
We were working with collage between layers of glass and then color xeroxing them. Each generation of xerox having a higher contrast to it. Breaking it down to the basic form. I don't have the original here, but I have this version, which is a color xerox of the original, and it has a section of it that had been xeroxed two times in the original piece and therefore it would be three times in this version. There are lots of different ways that the elements in this collage relate to each other. The breaking down of the original Wyeth painting by the xerox process. The breaking down of the structure of house on the hill with the architectural drawing of a similar building. The way Muybridge used multiple cameras to capture the movements of his subjects. The same goes for the Degas drawing that he gridded out, breaking it down to the structure of the figure. And so on. The painting being simplified by the xerox process.
This was done a long time ago, so I have a hard time remembering everything that I was thinking at the moment.
I just wanted to share it as an example of Andrew's influence dating way back in my artistic journey.
Posted by Frank Gardner at Tuesday, January 20, 2009 15 comments:

It has been a very hard week for us.
My Mom passed away.
She meant so much to me that I cannot even start to put it all into words.

My Mom, my friend, my inspiration.
She taught me many things.
She always put others first.
She had a great sense of humor.

She was my most loyal fan, my biggest blog follower, and Curator of the Frank Gardner Museum.
( That's what I call my parent's house.)
Some of you may remember reading a comment from her now and then, but usually she would just send her comments directly to me. She knew most of you through your comments, and would read each of them enthusiastically. She would often mention that I should get another painting up, because the comments had slowed down.

There is a huge hole in our lives and we will truly, truly miss her.

I am in the cold snowy northeast still. Back in Mexico and painting by next week. 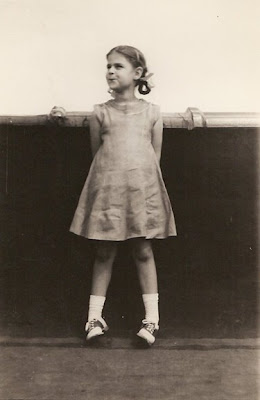 The following is a portion of her obituary.

Gail Butler Gardner, 72, of Poughkeepsie passed away Monday, January 5, 2009 at Vassar Brothers Medical Center.
Born in New York City on March 26, 1936, she was the daughter of the late Elsa Marguret Klein and John Butler. She was educated at Hunter College High School in New York City and received a BA degree from William Smith Hobart College in 1957.

She was married to LaVergne Frank Gardner on April 11, 1959 at St. Georges Church in Gramercy Park in New York City.

Gail was a beloved wife, mother and grandmother.

She was a member of Christ Episcopal Church in Poughkeepsie, the Junior League of Poughkeepsie and the Vassar Brothers Medical Center Auxiliary of which she was a past treasurer for the Nearly New Shop.

Gail worked for Citibank in New York City before moving to Poughkeepsie. Later she was the clerk of the Board of Education for the Poughkeepsie City School District and the secretary at Columbus Elementary School until she retired.
Posted by Frank Gardner at Monday, January 12, 2009 102 comments:

I have been working on and off, mostly off, for the past 10 days.
Time to get back to work.

This is a new painting that I am just finishing up. 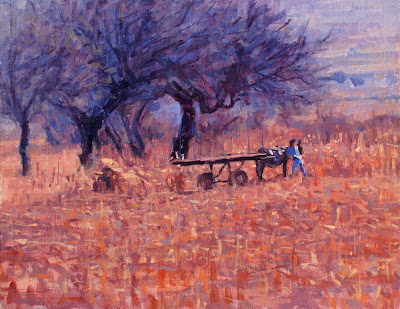